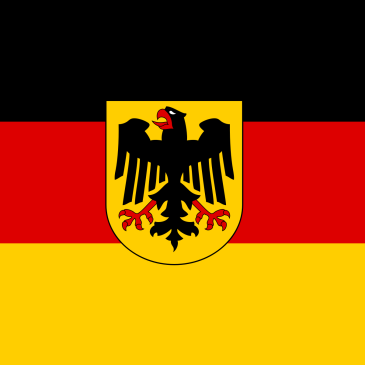 Germany is considered to be an attractive country for foreign direct investment (FDI), but the global recession and subsequent Eurozone crisis have hampered the influx of FDI in recent years.

While inflows of FDI into the EU increased by 13% in 2014, FDI inflows to Germany declined by about USD 2.1 billion. In 2015, however, inward FDI returned to positive territory due to a reduction in net repayment of intra-company loans and the near doubling of reinvested earnings. According to the UNCTAD 2015 World Investment Report, Germany is the largest investing country in Europe fifth largest investor globally. As a recipient of FDI, Germany ranks seventh globally and is the fourth most favoured country by multinational companies in 2014-2016.

Among the country’s strengths are a highly powerful industrial network, a highly skilled workforce with a good command of English, reliable infrastructure, a favourable social climate, a stable legal framework and a location in the heart of Europe. Its main weakness is a high tax rate (for both individuals and businesses) and rather inflexible labour laws.

“Liberté, Egalité, Varieté“ – since 30 years with the Tigerpalast our city Frankfurt has got a word class varieté entertainment. Heart and motor of it is our Honorary Member, Johnny Klinke!

If you want to do yourself and those you like an everlasting evening, then visit the Tigerpalast. First experience a world-class variety show, and then end the evening either in the Palastbar-Restaurant or in the Tiger-Gourmetrestaurant according to all rules of the highest gastronomy. For details just click on the pic. Just go for it and then you will wish this evening on the Main in Frankfurt should never end …

And Bedu Johnny is more than the Tigerpalast! He is running the Palmengarten, the café Siesmayer and the Restaurant Lafleur – real global acts! Let try him. Because the Restaurant Lafleur belongs to the 500 best restaurant in the world, it is member in the Relais & Châteaux and in the “Les Grandes Tables du Monde” and it has two stars …

You guys may say we just over exaggerate because Bedu Johnny is one of us. So listen, on February 9, 2007 he and his partner Margareta Dillinger were awarded the Goethe Plaque of the State of Hesse, the highest honour of the Hessian Ministry of Science and Art. On 3 December 2014 he was awarded the Hessian Order of Merit.

So you can see, Bedu Johnny is a fascinating personality! Just read about him more on our website. And again, don’t miss the show in the Tigerpalast! See you there.

In 2016 celebrated the International Bankers Forum its 30th birthday! Hesse’s Prime Minister, Volker Bouffier, hold the laudatory speech. He honored the most important and exclusive, independent German financial association. It has round about 1.000 individual plus 45 institutional members, like the European Central Bank or the Deutsche Bundesbank (German Central Bank).

In addition to the high class member events for an exchange of experiences, ideas, information and certainly personal networking the most important German financial events will be also organized, like Euro Finance Week and the Frankfurt European Banking Congress, by the IBF.

It can be really said, the founder and chairman of the IBF, Dr. Nader Maleki, did and do internationally a tremendous job! And right now, he is one of us, he is our Bedu Nader!

If you want to participate on the most important and highest professional financial events, than feel to contact the IBF!