We know Bedu Hugo since 1993, hence since 24 years. We meet several times in the past. It was always a pleasure, constantly a challenge to my mind to have a discussion with him about the German politics and currents in the society.

But the peak of our relationship is the September 13th, 2015. On this day we’ve awarded Dr. rer. pol. Hugo Müller-Vogg to our Honorary Member! Bedu Hugo is since a long while a real big Eintracht fan and you can meet him often in the Waldstadion! If you follow him on Twitter you’ll see he comments the SGE results very diligent! And he put a bit his heart in the tweets as well 🙂

Therefore we’ve been and are very proud of to get him as our Honorary Member. So we announced it on Twitter, too. It was a bit curious that some people we don’t know at all insist to refuse his Honorary Membership. Some people like attack famous ones. My grandma always told me the more danger the more honor! And also they didn’t know that Bedu Hugo is a member of the Bedu family for ever and we always stay behind our family!

However, when I met Bedu Hugo the first time I was the chairman of the “Wirtschaftsrat der CDU Hessen, Juniorenkreis”. (Economic Council of the CDU, Junior Section) At that time Bedu Hugo was one of the publisher of the Frankfurter Allgemeine Zeitung (FAZ). We asked him for a common event and he said immediately yes. On the contrary of a lot of his colleges he made it for free! His name was a guarantee and round about 200 young listeners came from Frankfurt and surroundings in the FAZ building. It was an amazing event and couple of articles were written about it as well. And not only by the FAZ!

In our belief he’s still one of the leading German speaking journalist, publicist and political book author. Let us make a hint to his interview books with Wolfgang Bosbach, Member of the Parliament, deputy parliamentary group leader of the CDU; Chancellor Angela Merkel and ex State President Christian Wulff. 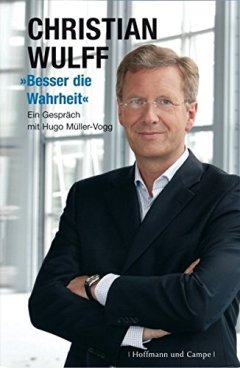 The-Konrad-Adenauer-Foundation has exactly the same opinion as we do and invited him for a big conference about the freedom of press. At the end of his statements Mr. Jan M. a former Statsi unofficial informant, IM, and today’s newspaper editor mentioned that to find out the truth everything is allowed. Hence, a journalist has to bribe the night doorman to enter in the building “under cover”, to steel or copy documents, secretly record phone calls, etc. Bedu Hugo has answered him so cool that these kind of things are highly criminal and haven’t got not even slightly anything to do with the free press. Obviously it was not just me who was impressed cos the whole auditorium except Mr. Jan M. of course spent thunderously cheers about 8 minutes! I stopped the time. 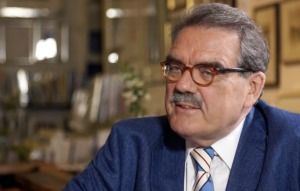 Than we had got several meetings on CDU party congresses as well. For me two of them were especially remarkable, Karlsruhe 2010 and Leipzig 2011.

In Karlsruhe we’ve been witness to the farewell of Roland Koch. Bedu Hugo knows Ms Merkel very well and gave me a fantastic approach about her relationship to Roland Koch and also to other party leaders. Mr. Koch was Ms. Merkel’s one of the last “heavy weighted” fractional opponent. Anyhow, obviously the CDU chairwoman was in a good mood in Karlsruhe as it visible on the left pic.

In Karlsruhe the CSU guest speaker was surprisingly “KT”, Karl-Theodor zu Guttenberg on the congress’s first day. The CSU chairman Seehofer came just on the next day. I definitely loved to listen to Bedu Hugo about his analyzes about KT and his speech. But about the person zu Guttenberg we didn’t share the same opinion. I can remember who was right about his carrier but a gentleman keep quiet …

However, I learned a lot by Bedu Hugo how to read non verbal signs in the so called high politics. It’d be published what he’s told me. Pure wisdom and not just for people interested in politics.

In Leipzig Bedu Hugo impressed me how much people value him also from the entourage of the politics. Coincidentally we met on the street and went together to the press reception. Before we’d take the elevator Ms Ursula Bouffier came to us and cheered him very heartfelt. I watched her eyes and actually eyes cannot barely lie. Ms Bouffier’s eyes shined indeed with honest sympathies. Later on she came with her husband, deputy CDU chairman and PM in Hessen, Volker Bouffier, in the press lounge and I get exactly the same impressions with him as well.

Anyway, if somebody publishes so excellent, makes terrific performances in TV shows, keeps impressive speeches like Bedu Hugo than he’s enviers as well, he will be attacked, too. Therefore it was a very good feeling to read it, I think it was on Twitter, that Bedu Hugo wants to keep going his activities for a long while. Great! This is what the Bedu family likes. This is what his Bedu family wishes him!

One thought on “Our Honorary Member Bedu Hugo is 70 years old!”