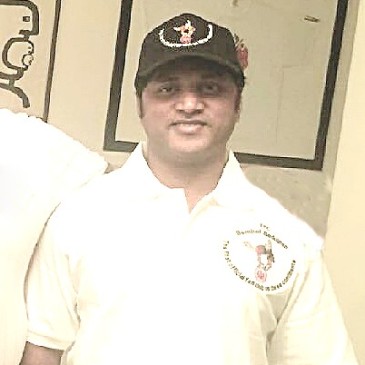 Our fan club, the EFC Bembel Beduinen, is eager to export our Eintracht and our city Frankfurt to the world. We proudly present our dependence on the most important sport market in the world, in the USA.

Our founder Chairman is called Bedu Rejino (Abraham), who shares here his thoughts referring our Bedu’s in the U.S. Bedu Rejino is an investment banker. He as the CEO is in charge for cross border trade at the Whiite Stone enterprise.

I’ve met the President of the EFC Bembel Beduinen, Dr. Andreas Gulya by an event on March 12, 2017 in the Bedu headquarters in the desert. We watched the game Eintracht Frankfurt vs Bayern München live. Unfortunately the Eagles lost 0:3 but we had a very nice talk. Our Bedupresi expressed his old dream that he would like to go to the USA with the Bedu’s.

America is actually the biggest and most profitable sport market in the world. According to the magazine Forbes it is expected to reach $73.5 billion by 2019. Soccer hast a huge potential in America but right now it is still running on a relatively low profile. In 2016 the Seattle Sounders were the most valuable MLS team with a team value of 285 million U.S. dollars. For comparison, in the same year the German top team FC Bayern München had a value about 667 million USD, also 2.3 times higher. But just to give you an example, what is definitely possible, take a look about the most valuable team in the world, the Dallas Cowboys with a total value about 4.2 billion USD. Hence, the Cowboys are 6.3 times bigger than the German number one soccer team.

Therefore, a Bedu presence in the land of unlimited opportunities is compulsory. We met two days later again and made an agreement, that I will be the founding chairman in the USA and make the Bedu’s there well known and powerful in the soccer and business life!

Also, our Eintracht Frankfurt wants to conquer the U.S. market. Our Eagles had got a training camp in this year between July 6 and 18 in America includes three test matches against teams of the Major League Soccer (MLS). Furthermore, our SGE is also looking for sponsors on the American market. Right now Eintracht’s main sponsor became the American company Indeed.com. They run a worldwide employment-related search engine for job listings launched in November 2004.

Anyway, it is indeed an honor and privilege to me to represent one of the most reputed and prestigious fan and business club, the EFC BEMEBEL BEDUINEN in the States. Being the founding chairman of the EFC USA Bembel Beduinen gives me immense pleasure. However, I consider this as a very responsible position to build our fan and business club in the USA. This country is the most powerful in the world, where really anything can grow and flourish. I have already formed a team of high profile also with soccer background to develop the clubs activities in the U.S., in all the fifty states. Regarding our action plan we are focused to make a strategic alliance with the U.S. Soccer Development Academy. Most of the MLS soccer clubs are members there.

We have also initiated our dialog with many clubs and academies in the States as part of our efforts to build up the EFC USA Bembel Beduinen. In America German football is well known. The U.S. national football team was coached between 2011-2016 by the former World Champion soccer player Jürgen Klinsmann. He gave a lot of added advantage to the American soccer scene.

And certainly we are well-connected to Timothy “Timmy” Chandler. He is playing in the U.S. national soccer team as a defense player and is definitely since years one of the best player by Eintracht Frankfurt. Timmy was born in Frankfurt, his father is an American soldier and the mum a German girl. Actually he speaks German and English as his native languages. Last but not least he has a very heartfelt relationship to our youngest, Beduine Anna! They really like each other. This year we awarded Timmy with our Honorary Bembel. Also, the Lord Mayor of our city Frankfurt am Main, Peter Feldmann, is one of the award winners. By the way, Philadelphia is a twin city of Frankfurt.

As part of the plan we are seeking the earnest support of Mr. Sunil Gulatti the U.S. Soccer Federation President. I invited him to join our club as a board of adviser along with many prominent personalities whom we have already picked.

The EFC USA Bembel Beduinen is having a five-year plan of developing the fan club as the number one fan club in the U.S. This will give amble of opportunities for youths and football fans to explore and access the opportunities of playing or participating in events and games. Football is the most popular and played game in every country in the world.

As the father of all games the EFC USA Bembel Beduinen will be one of the main pillar in the USA soccer scene. As the firs step, the Bedu flag wafts on the Rockefeller center already. And our next successful steps will follow soon.